The Department of Music presents tenor Andrew Sauvageau and pianist Hui-Chuan Chen in a performance of Franz Schubert’s Die Schöne Müllerin. Widely considered to be one of Schubert’s masterpieces, and one of the most important song cycles in Western music, the 1823 evening-length work consists of twenty songs with text by Schubert’s contemporary Wilhelm Müller.

Praised for the shining color in his voice, the spark and nuance of his acting, and for his contained ferocity in concert, Andrew Sauvageau brings his energy to the stage, both in operatic and in concert settings. His solo engagements include performances with the BBC Symphony Orchestra in the UK premiere of Louis Andriessen’s La Commedia, Oliver Knussen’s Where the Wild Things Are with New York City Opera, Schönberg’s Serenade with the Birmingham New Music Group at the Library of Congress under Oliver Knussen, Berio’s Coro with the Lucerne Festival under Simon Rattle, Henry Partch’s Barstow with Peabody Camerata, and La Commedia, H.K. Gruber’s Frankenstein!!, Armando Bayolo’s Sacred Cows, and Michael Gordon’s Van Gogh with Great Noise Ensemble (Washington, D.C.).

Pianist Hui-Chuan Chen leads a diverse career as a concert pianist, chamber musician, and educator. She has performed widely throughout the United States, Europe, and Asia, and has appeared in major performance venues, including Carnegie Hall (Weill Recital Hall), The Kennedy Center Concert Hall, and The Supreme Court. She has featured at the Aspen Music Festival, The National Gallery of Art and The Phillips Collection in Washington, D.C., the Barge Music Festival, The Accademia Musicale Chigiana in Siena, Italy, the Walters Arts Museum and An Die Musik in Baltimore, and the Heifetz International Music Festival in Staunton, Virginia.

$15 general admission, $10 for senior citizens, and $5 for students. (This event is free for UMBC Department of Music students, faculty and staff.)

UMBC is closely monitoring the COVID-19 situation and is dedicated to ensuring the health and safety of the university community. Please check site before visiting to ensure you’re seeing the latest information on hours and accessibility. (Ticket holders will receive emails from us if adjustments are necessary.) 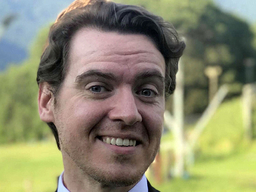