The program for Arab and Muslim American Studies is hosting its first event of the academic year: Indigenous Perspectives on Decolonization. During the event, three indigenous speakers from diverse communities discuss their perspective on indigenous identity and politics, decolonization practices, and solidarity. Our speakers include Dr. Ashley Minner (Lumbee Tribe NC); Dr. Dana Olwan (Palestinian); and Dr. Stephanie Nohelani Teves (Kanaka Maoli). This event is sponsored by the Office of the Provost. Complete bios follow. Complete Webex information below.
Ashley Minner is a community-based visual artist from Baltimore and an enrolled member of the Lumbee Tribe of North Carolina. She received her MFA (’11) and MA (’07) in Community Arts from Maryland Institute College of Art, and her PhD (’20) in American Studies from University of Maryland College Park. Ashley recently worked as a professor of the practice and folklorist in the Department of American Studies at the University of Maryland Baltimore County, where she also served as director of the minor in Public Humanities. She currently works as a curator for the Smithsonian National Museum of the American Indian in Washington, D.C.
Dana Olwan is an Associate Professor in the Department of Women’s and Gender Studies at Syracuse University. Her work is located at the nexus of feminist theorizations of gender violence, transnational solidarities, and critical feminist pedagogies. She is the recipient of a Mellon Emerging Faculty Leader Award from the Institute of Citizens and Scholars, a Future Minority Studies postdoctoral fellowship, and a Palestinian American Research Council grant. Her work has appeared in Signs: Journal of Women in Culture and Society, Feminist Formations, the Journal of Settler Colonial Studies, American Quarterly, and Feral Feminisms. She is co-editor with Margaret A. Pappano of Muslim Mothering: Local and Global Histories, Theories, and Practices (Demeter Press, 2016). Her first book Gender Violence and The Transnational Politics of the Honor Crime was published by Ohio State University Press in 2021. She is currently working on a new project that is centered on marriage and divorce laws and citizenship practices in the Arab world, with a specific focus on Jordan and women’s access to personal status rights. She teaches courses on feminist theory, comparative settler colonialisms, and gender politics in the Middle East and North Africa. She is co-editor (with Chandra Talpade Mohanty) of Comparative Feminist Studies from Palgrave Mcmillan.
Stephanie Nohelani Teves (Kanaka Maoli) is an Associate Professor and Chair of the Department of Women, Gender, & Sexuality Studies at the University of Hawai’i at Mānoa where she teaches courses on Indigenous feminisms and queer theory. She is author of Defiant Indigeneity: The Politics of Hawaiian Performance and co-editor of Native Studies Keywords. She has published articles on Hawaiian sexuality, diaspora, hip-hop, film, and feminisms in Hawaiʻi and Oceania. She has received fellowships from Yale University, the University of Oregon, and the Ford Foundation. Her articles have appeared in American Quarterly, The Drama Review, the American Indian Culture and Research Journal, and the International Journal of Critical Indigenous Studies. She is currently co-editing a special issue of Amerasia on Ocean Feminisms and is working on a new book on the queer history of Hawai’i and an oral history project with LGBTQ kupuna (elders).
JOIN WEBEX MEETING
https://umbc.webex.com/umbc/j.php?MTID=m60fbb86823830455b36509722662246a
Meeting number (access code): 2624 694 8213
Host key: 180835
Meeting password: qjNxHeKg626
TAP TO JOIN FROM A MOBILE DEVICE (ATTENDEES ONLY)
+1-202-860-2110,,26246948213## tel:%2B1-202-860-2110,,*01*26246948213%23%23*01* United States Toll (Washington D.C.)
JOIN BY PHONE
+1-202-860-2110 United States Toll (Washington D.C.)
Global call-in numbers
https://umbc.webex.com/umbc/globalcallin.php?MTID=mb5beb3ff8c85b7a798c0a0fe076ea788
JOIN FROM A VIDEO SYSTEM OR APPLICATION
Dial sip:26246948213@umbc.webex.com
You can also dial 173.243.2.68 and enter your meeting number.
Can't join the meeting? Contact support here:
https://umbc.webex.com/umbc/mc
IMPORTANT NOTICE: Please note that this Webex service allows audio and other information sent during the session to be recorded, which may be discoverable in a legal matter. You should inform all meeting attendees prior to recording if you intend to record the meeting. 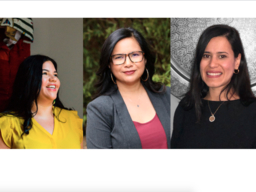