Originally from Washington, D.C., Schroeder Cherry is a Baltimore-based artist who captures everyday scenes of African diaspora life. He earned a bachelor’s degree in painting and puppetry from The University of Michigan;  a master’s degree in museum education from George Washington University; and a doctorate in museum education from Columbia University. An award winning artist, his recent Barbershop Series received an exhibition at The Walters Art Museum in 2019 as a Sondheim finalist, and a one-man exhibition at Baltimore City Hall in 2020.  He was awarded the 2020 Municipal Art Society of Baltimore City Artist Travel Prize for research in Bahia, Brazil. His works are found in private and public collections across the US.

Dirk Joseph was born in Trinidad, grew up in NY and has been based in Baltimore for the last 16 years. For 3 decades he has worked as a visual artist, art teacher, performing artist (puppetry and theater), and a graphic designer. Dirk founded String Theory Theater in 2016 and has been performing children and adult puppet theater with his daughters and in collaboration with other artists. He is currently engaged in community arts via partnerships with The Youth Resiliency Institute, and Free Up Village Homeschool Coop, and other organizations.

Colette Searls is Associate Professor and Chair of Theatre at the University of Maryland, Baltimore County (UMBC) where she teaches acting, directing, and puppetry, and has devised award-winning object theatre performances. She has received grants from the Jim Henson Foundation and Puppeteers of America for her original works in object theatre, and published and lectured internationally on the intersections between animation, puppetry, and special effects for film. In collaboration with animator Lynn Tomlinson and UMBC’s Imaging Research Center, she has created an award-winning digital puppet app which has been used in her live performances and presented at conferences internationally. Her book, A Galaxy of Things: the Power of Masks and Puppets in Star Wars and Beyond is forthcoming with Routledge Press in 2022.

Susan Stroupe is a generative theater maker, primarily working as a director, ensemble deviser, and teaching artist, who specializes in interdisciplinary, devised, and immersive theater. Throughout her career, Stroupe has also worked as a director, performer, dramaturg, writer, puppeteer, teacher, and collaborator in professional and professional community-based projects, with actors and nonactors of many ages, backgrounds, and many abilities and disabilities. Her focus and passion lies in theater in nontraditional spaces or arrangements, collaboratively devising pieces or working with scripts that challenge norms of race, gender, and genre.  Susan is based in Baltimore, and is an Artistic Associate of Subversive Productions and a long-time teaching artist for Baltimore Center Stage, in addition to being a freelance director for many companies in Baltimore and beyond.  She has a BA from Macalester College and an MFA in Theater Arts from Towson University, and is an adjunct lecturer for the UMBC Theatre Department. 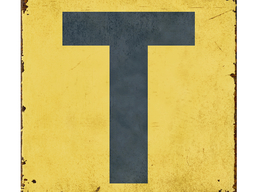