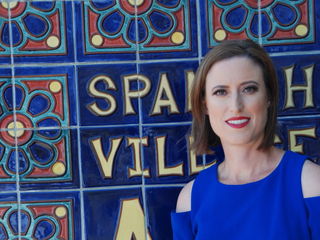 Erin K. Hogan, Associate Professor of Modern, Languages, Linguistics, and Intercultural Communication, UMBC
This presentation considers how the political appropriation of the child protagonist’s voice and body is a constant in the cinemas of Spain (1955-2010) during and retrospective of Francisco Franco’s dictatorship (1939-75). Dr. Hogan discusses the child protagonist’s speech in terms of ventriloquism. Children’s language in cinema is not their own; on and off-screen actors and political forces “ventriloquize” the child. The character’s agency, or lack thereof, is staged, scripted, and mediated, begging the question: who speaks through the child protagonist and to what end?
A reception will follow the program.
Bio: Erin K. Hogan is an Associate Professor of Spanish at UMBC, where she teaches courses in Spanish cultural studies and Latin American film. She is author of The Two cines con niño, a genre study of the child-starred cinemas of the “two Spains” and their transatlantic dialogism, published with Edinburgh University Press in 2018. Her broader work spans Iberian cultural production from the 17th through the 21st centuries, touches upon interculturality in transnational cinemas, and narrows to her present focus on gynocentric readings of the cinematic dark comedies of Spain. Hogan’s scholarship has appeared in Studies in Spanish and Latin American Cinemas (2013), Hispanic Research Journal (2016), International Journal of Iberian Studies (2016), Open Cultural Studies (2017), The Comparatist (2018), and edited volumes. Dr. Hogan is also the co-founder of CineMaestro, a digital platform for the teaching and study of Hispanic filmmaking.
Sponsored by the Dresher Center for the Humanities; the Modern Languages, Linguistics, and Intercultural Communication Department; and the Media and Communication Studies Department.
Tags: humanities-forum-fall-2019
0 Comments (requires login)